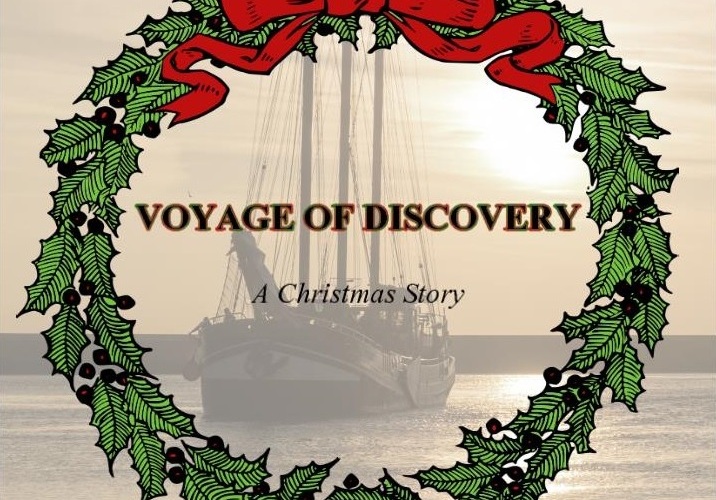 Since it’s less than a month until Christmas I thought I’d share the first part of a short Chesterton-inspired Christmas story I wrote a couple of years ago. I hope you enjoy it and I’d love to hear what you think.

To Jonathan Smith XIV, only son of the late Jonathan Smith XIII, life in the small English village of Kensworth was terribly boring. Kensworth itself was nothing remarkable, the only point of interest being the ruins of an old thirteenth century castle which stood alone upon a hill overlooking the coastal town. Though it still managed to draw in groups of sightseers, Kensworth Castle (from which of course the town took its name) held no more interest for Jonathan than the local policeman out on his daily rounds. A sight so plain and ordinary that he too, like the castle, was to Jonathan no more than part of the scenery.

So it was that as he sat in the town inn one December evening near Christmas, mug of beer in hand, he announced to the innkeeper that he had had enough.

“I have to get away from here Jones.” he said, running a hand through his hair. “I’m sick and tired of seeing the same faces, the same sights, day in and day out.”

“But it’s almost Christmas,” Jones protested, ignoring that fact that his face, along with those of the rest of the townsfolk had been referred to as terribly boring.

“And that’s another thing. Don’t you ever get sick of Christmas? It comes around every year without fail, and yet everyone makes so much fuss over one day which is over and done with in twenty four hours, just like any other.”

“Birthdays come around every year,” Jones replied, “And I still haven’t had enough of them.”

Seeing that Jonathan was not convinced he gave a sigh, “Where do you plan to go?”

“I want to see sights I have never seen and tread lands I have never walked. I have a boat ready and shall set sail at the end of the week.”

“So you have no particular destination in mind?”

“None at all. I will go wherever the wind takes me, and hope to land some place where the feet of Englishmen have never trod.”

Jonathan spent the rest of that week preparing provisions and whatever else he would need for his journey. By the end of the week, when he was ready to set off, the news of his voyage had spread throughout the town and a great number of the inhabitants gathered to see him off. For it was not every day that one of the folk of Kensworth set out on a voyage into the unknown.

With a brief wave to the crowd, Jonathan hoisted the sail and was off. The golden sun shone down from a clear sky, reflecting off the water which lapped at the hull of the boat. In what seemed like no time at all he was no more that a speck upon the vast expanse of the ocean, till eventually, he disappeared from sight entirely.

“He’s a loon, that one,” one of the men muttered as the crowds made their way back to their usual business. “Why one would want to abandon the comforts of home and go rushing off to who knows where is beyond me.”

“Aye,” replied another, “What does he think he will find out there that we don’t have here in town?”

Jonathan could. As England vanished over the horizon and all that lay before him was the endless ocean, his head was full of tropical jungles and wild beasts, soaring mountains and raging waterfalls. For Jonathan Smith XIV, outside of Kensworth lay all the world, waiting to be explored. Out there all alone, riding up and down the waves with the wind in his hair, Jonathan had never felt so alive or free.

When several hours had slipped past however, the rising and falling of the waves became a repetitive rhythm he hardly noticed, and with no land in sight it seemed as if he were not even moving. As night fell, he lowered the anchor and after a small meal, Decided to go to bed. Surely things would appear better in the light of morning.

Dawn broke over the endless bluish-grey hills, but it was a pale dawn, obscured by dark clouds which seemed to have sprung out of nowhere during the night. “This will be interesting,” he thought to himself, as he hauled up the anchor. The clouds hung heavy in the sky, threatening to burst and let down a deluge at any moment. But before the rain came, a mighty wind swept the seas, tossing Jonathan’s boat about like a cork in a tub. For a while, all he desired was to stand upright upon firm, unmoving land, even if it were the boring, grey streets of Kensworth.

When the wind had tossed him about as much as it wished, the menacing clouds decided to give him a shower, and not a light one at that. Blinded by wind and rain, and afraid he would be thrown overboard, Jonathan retreated to the cabin, locked himself in and squeezed into a corner. All the while the tempest raged outside. At times it felt as if his little boat had been swept up into the air by the wind and waves, at others as if it were turned on its head. The thought entered his head that he might be killed. But all that he was really aware of was that fact that he felt terribly sick. This was not at all how he had imagined his adventures to begin.

Suddenly all was still and silent. He opened his eyes and saw the golden light of morning streaming in through the cabin window. He must have fallen asleep, or passed out. Whatever the case the storm had passed and he felt much better.

He picked himself up and looked around. the supply cupboard had swung open during the storm, emptying much of its contents over the floor. After putting it back into place, he exited the cabin to check on the mast, dreading what he would find. Miraculously it was still intact, as was the sail. It was lucky the storm had caught him while he was resting, for if the sail had been unfurled, it surely would have been torn to shreds.

When he studied his surroundings, all he could see was water in every direction. He had no idea where he was, but he estimated that the storm had carried him a fair way. In which direction, he did not know, but he seemed to recall that the wind had been blowing from the east. North was the direction he had been heading, so putting the rising sun behind him, he set sail once more.

Night fell without a sight of land, which was to be expected. But Jonathan was really beginning to dislike his experience on the sea. A fear crept over him that he had completely lost his bearings and was sailing out into the open ocean where he would eventually starve to death. He told himself not to be ridiculous, and though the doubts were quietened they remained in the back of his mind.

The sun rose on the following morning over the same scene that had greeted him the day before. If he had not known any better he would have thought that he had not moved.. As the hours slipped by, with the waves passing gently under the hull, he experienced a deep sense of déjà vu. It was as if he were repeating yesterday all over again. There was not a cloud in the sky, nothing to break the eternal blue.

The face of Jones the innkeeper came to his mind and he wondered how he had ever thought it boring. Compared to the sight before him, the face of Jones held infinite possibilities of interest and entertainment. But Jones was not there to amuse him, so he reluctantly had to set his face ahead and keep on going.

At first he thought it might be a whale, but as time passed it remained where it was and he was forced to consider other possibilities. As he slowly drew nearer to it, he realised that it was not a dot at all, but a great long strip, spread out in front of him. Excitement filled him as gradually, bit by bit, the shape revealed itself to be an island.

Darkness descended before he could reach it, but he rose early the next morning, awakened by the thrill of adventure. All though the day the island grew larger and larger, yet there still seemed to be an enormous distance between them.

Grey clouds began to gather overhead, but with his attention fixed on the island, it was a while before Jonathan noticed them. When he did, he had a sinking feeling in his chest. Memories of the storm he had been caught in on the second day of his voyage filled his head and he began to feel sick. If only he could reach the shore before the storm reached him.

From then on it was a race against time. A strong wind kicked up, propelling him along at a faster speed. But the wind which pushed him closer to the island also brought the storm clouds nearer. With his face fixed on his goal, he willed the boat forward, not daring to look back at his pursuer. Rolling booms of thunder let him know that the storm was gathering its strength.

View all posts by Andrew Murphy

Get my book on Amazon 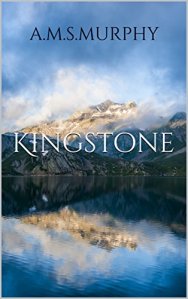